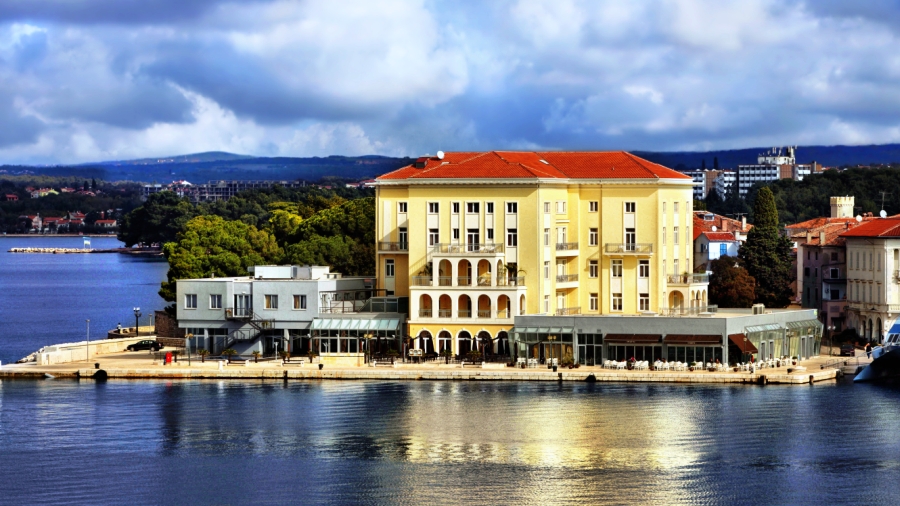 Built in 1910, in the contemporary style of the Austro-Hungarian Monarchy, the former Hotel Riviera is the first hotel in the rich cultural and historical heritage of the town of Porec whose guests were aristocrats.

The hotel was renovated in 2009 with respect for the original architecture, and after many years it opened its doors once again, under the name of Grand Hotel Palazzo. The hotel offers its international clientele a union of luxurious architecture of a past era and comfort of first-rate modern catering. 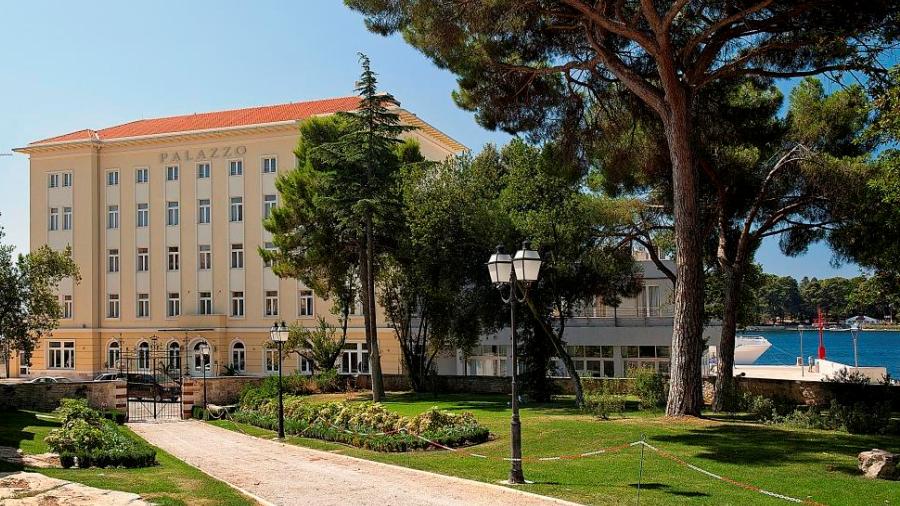 Surrounded by the deep blue Adriatic Sea, with a view of the harbor and just a step away from the picturesque historic centre of the town of Porec, the hotel offers its guests total comfort, with many recreation and relaxing possibilities: elegantly furnished rooms and suites, an outdoor swimming pool, a secluded wellness and spa zone, a space for seminars and congresses, as well as a restaurant and a café.

The hotel’s employees are educated and considerate and they speak multiple languages. Furthermore, Grand Hotel Palazzo is an ideal starting point throughout the year for exploring Istria with its picturesque localities and plentiful nature, in which olives and truffles flourish, excellent wine and many other delicacies are produced – and don’t forget about the tasty seafood! 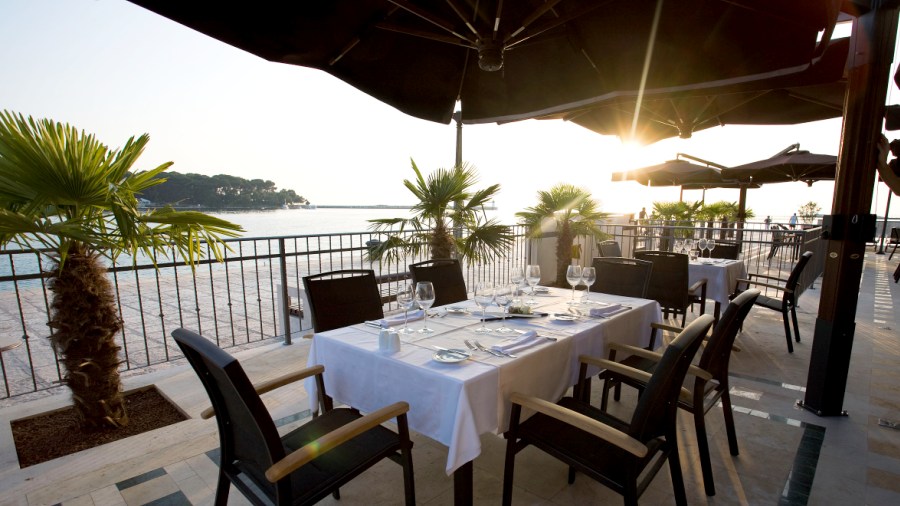 You can try all these specialties in hotel’s à la carte restaurant Parenzo 1910 whose terrace and bar are situated next to the coast and marina. Light Mediterranean cuisine characterized by local ingredients like freshly caught fish, shellfish and crabs, as well as truffles combined with homemade and international superb wines guarantee a culinary delight.